Schapeler Farm, the second centennial farm, was established in the United States in 1870 when Frederika Tiemann Schapeler came over to the states from Germany with her three sons. Upon landing on the coast of Texas, Frederika traveled with her sons to Kentucky. After Order #11 was revoked and Bates County, Missouri was open for settlement, they moved on to Missouri where they settled the current Schapeler homeplace. In the old country, Schapeler Farm, had existed since the Ninth Century as part of the Feudal Lord Estate at Stapelage, Lippe Detmold, Germany. The red and yellow crest above is the Schapeler family crest from Lippe Detmold and is known as the Rose of Lippe. You can still find the old Schapeler Farm listed on German maps. It is currently owned by the German government and used for military training.

The Schapelers first started using Beefmaster genetics when a friend encouraged them to put a Beefmaster bull on their Lim-Flex females. They immediately saw a huge difference in thier crossbred animals. The Beefmaster cross had increased weaning weights, no eye problems like they had previously experienced, as well as many other added benefits. Since then they have upgraded to a purebred herd and continuously worked to build and improve their Beefmaster genetics.

Donald and Kelli Schapeler were married in 1979. They have three daughters, three sons-in-law, and three grandsons. They live in the surviving homestead built by Donald’s ancestors in 1887 and raise cattle on two centennial farms. The first centennial farm, the Fox/Fuchs Farm was established in 1876 by Donald’s maternal grandfather.

During one of the three Schapeler brothers’ many cattle drives to and from Roundtop, Texas, the three boys camped out for the night in an old shack. In the middle of the night, the shack door burst open and a white man stumbled through the door barely alive. The man was cut all over his body and needed medical attention. The boys realized Indians had gotten ahold of him and were waiting outside the shack. The three boys waited patiently until they felt it was safe. Then the oldest boy, Ferdinand, rode out for help. He made it out safely and brought back a doctor to save the man's life. 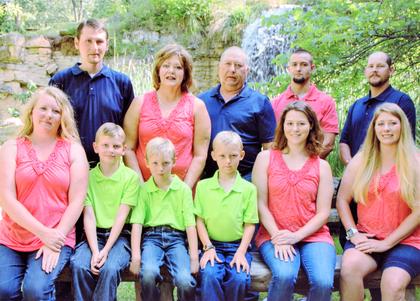 ​​     While the Schapeler family has raised cattle for more than a century, they first began upgrading to Beefmasters in 2009. They now run a purebred Beefmaster herd consisting of approximately 100 cows, 30 heifers, and six herd sires. Don-Kel Beefmasters strive to produce the best possible Beefmaster bulls and replacement females on the market. They also offer semen from their herd sire, WPR's Totally Jacked Up who is in the top 1% for WW, YW, MWWT, SC, MARB, $T, and  $M.  ​ 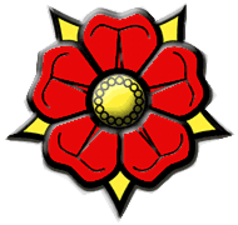